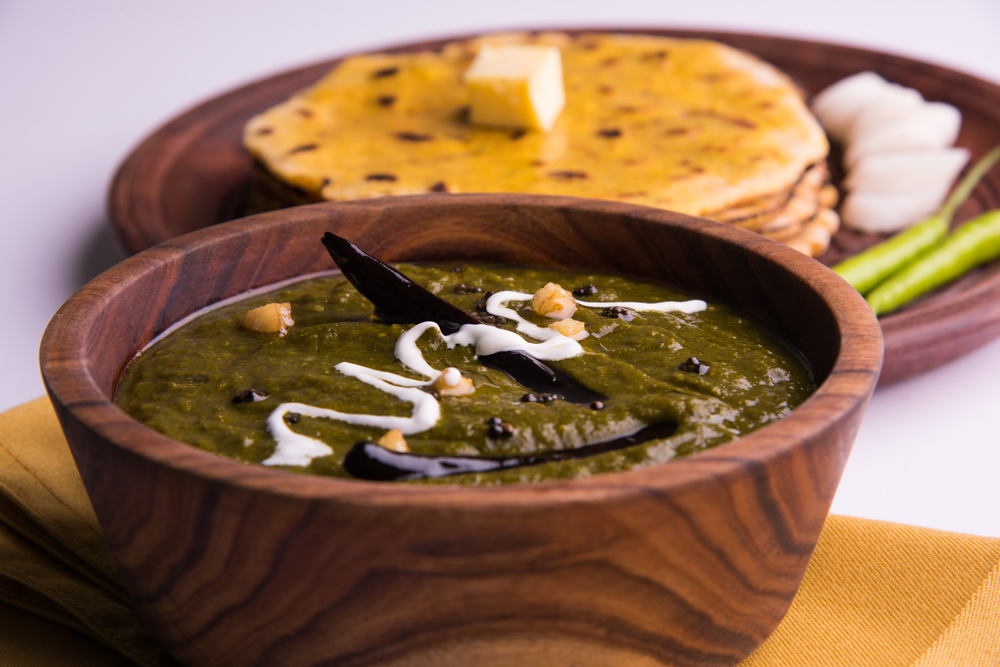 In Janury 2020 we were very lucky to be filmed in the Peak District for BBC’S Countryfile.  In the show, aired 26th January 2020; we gave presenters Anita Rani and Sean Fletcher a masterclass in Indian bread making; plus showcasing food eaten at Lohri, one of the most important winter thanksgiving festivals in the Indian calendar.

The festival is celebrated on the winter solstice, the shortest day and longest night of the year in Punjab It marks the end of winter and the beginning of the harvest season.
During the day children are given sweets, jaggery (sugar cane) peanuts to eat as snacks. In the evening people gather around community bonfires, singing songs, and offering rewri sesame seeds, nuts, peanuts, popcorns and sugar cane to the fire. For the main course, sarson da saag (spinach) and makki di roti (cornflour chapattis) are eaten. Sarson da saag is a mixture of wilted greens including mustard greens and spinach. They are cooked in a little water until completely wilted.

Below are the recipes we talked about in the show